Apple has announced the Watch Series 4 and it is unsurprisingly its best wearable yet. Arguably, the device is also the best smartwatch ever, boasting more features than anything else we have seen to date. 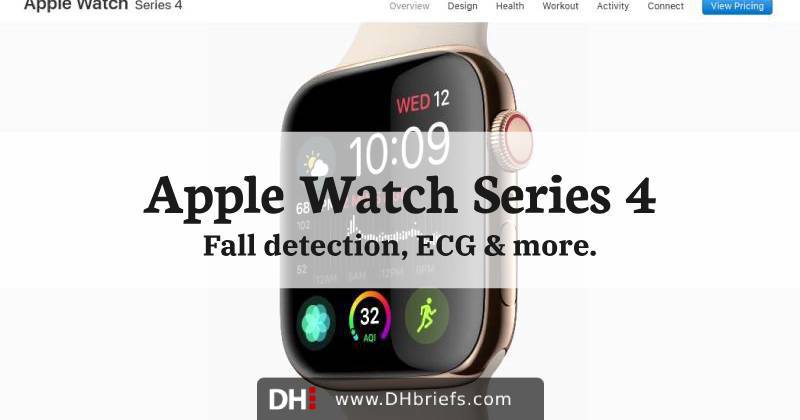 In this article, we are taking a closer look at Watch’s new health-related capabilities.

According to the CDC, millions of people aged 65 and older fall each year. In fact, more than one out of four older people falls each year, but less than half tell their doctor. Falling once doubles your chances of falling again.

To help aid this problem, the new Apple Watch includes a fall detection feature, which is enabled by an advanced gyroscope sensor that is also in charge of motion tracking. So if the user falls from a ladder, the Watch will prompt him/her with a message asking to call 911. If nothing happens for more than 5 seconds, Siri will call an ambulance automatically.

Another (related) feature enables wearers to make emergency SOS calls, all while notifying emergency contacts, sending current location, and displaying the Medical ID badge on the screen for emergency personnel.

Finally, there’s the built-in ECG that can generating a single-lead electrocardiogram. The capability has been approved by the FDA, and it works by putting your finger for 30 seconds on the crown, which in turn is connected to the electrodes positioned on the back; the readouts are shown through a dedicated ECG app. This allows for more advanced features like tracking heart rate rhythm irregularities. However, it is important to know that the ECG functionality won’t arrive at launch, and will be added later this year. Also, it will be limited to the US market until further notice. 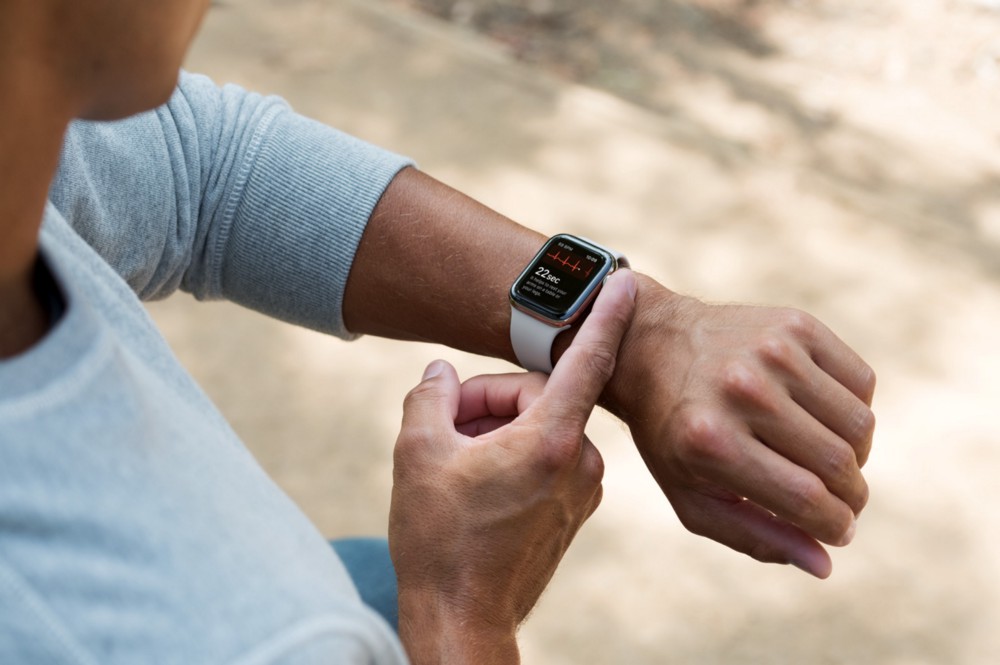 Similar solutions have been around for quite some time, but as we have noted, this is the first time we’re seeing them in a mass-market smartwatch. Add Apple’s massive appeal to the mix, and we get a device that can truly save lives on a wide scale.

What else is new in Apple Watch?

The new health features are just a tip of the iceberg. The Watch Series 4 brings along a number of changes; for start, it is bigger than its predecessor(s)  —  instead of the 38mm and 42mm models, the new Apple Watch comes in 40mm and 44mm flavors to accommodate 35% and 32% bigger panels, respectively. This change has also been reflected in the new version of watchOS (5), which is taking advantage of the extra screen estate to show more information.

Materials used have been changed as well, with all Series 4 units boasting ceramic and sapphire backs, not just an LTE-enabled model as that was the case with Watch Series 3. Furthermore, the crown got haptic feedback which should reportedly make rotating it more enjoyable and functional. Also, the speaker is said to be 50% louder.

Inside the Apple Watch Series 4 there’s an all-new Apple S4 chipset, incorporating a dual-core 64-bit CPU and a more powerful GPU, which combined should deliver up to 2x better performance compared to the Series 3.

In the U.S.  —  the Apple Watch Series 4 without LTE connectivity starts at $399 while the $499 LTE version begins at $499, both of which will be made available on Friday, September 21. Pre-orders have already started.

The new Watch Series 4 will launch in 26 countries initially while the cellular version will be supported in only 16 countries.

Apple will also offer Series 3 for some time at a reduced the price of $279; the watchOS 5 will be released on September 17 with updated UI and app features.

Get DHbriefs' future articles in your inbox for free!

Also get access to report excerpts, special offers, and more.

Get digital health content sent to your inbox, for free!