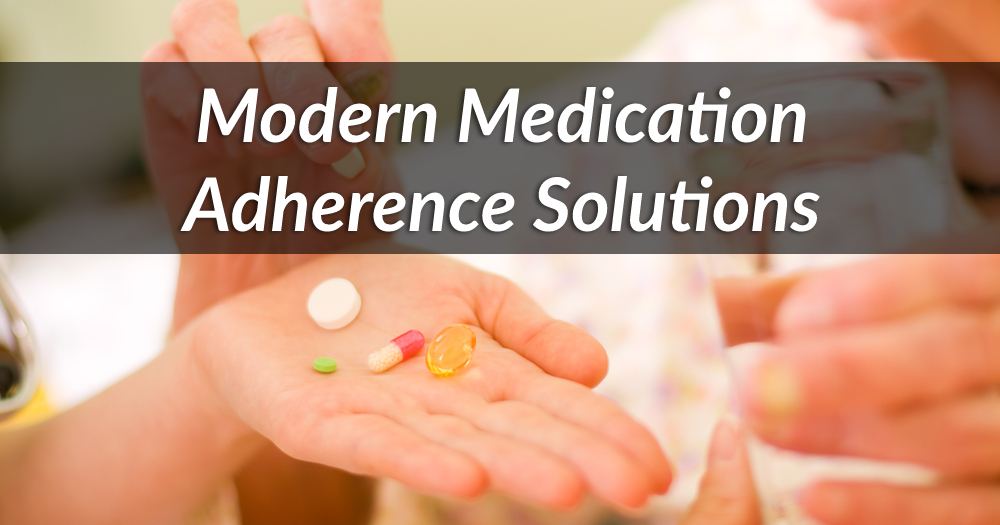 It can be daunting for many patients to follow through on strict medication regimens. Nonetheless, it is imperative to do so as consequences of non-adherence can be costly – and even deadly.

Luckily, there are a number of tech solutions patients could use to manage their medication intake. In this article, we’ll take a brief look of a few medication adherence solutions.

First, there’s the low-cost way of using a mobile app that alerts users at previously defined times, reminding them to take a drug. There are literally hundreds of such apps, some of which have been developed by pharmaceutical companies, healthcare providers, and pharmacy chains. Some of these apps can extend to a smartwatch and send reminders to the user’s wrist.

The problem, however, is that not all patients are tech-savvy enough to solely rely on smartphone-based solutions. And so, some companies have developed systems to send SMS reminders that work on any phone that can receive text messages (which means just about any phone).

A different, more advanced concept comes in the form of the so-called “smart pillbox” product that goes beyond reminders to also keep track of medication intake and send the data back to caregivers. These Internet-connected devices, like the one Pillsy offers, continually alarm users when it’s time to take a drug and keep doing so until the action is taken.

Another notable feature is that they can intelligently dispense the right drug at the right time — as prescribed by the patient’s physician — making it much easier for those taking multiple medications. Also, these devices can be quickly refiled.

Another way, which is being used by the public health officials helping patients diagnosed with tuberculosis in some places in central California and Baltimore, comes in the form of Directly Observed Therapy. Said technology uses a video-enabled app to record every time a patient takes a drug, making sure that doctors know when the patient actually took his/her medication — or at least when he/she has put it in his/her mouth. As such, Directly Observed Therapy doubles as a medication intake tracking solution.

Then there are so-called “ingestibles,” small sensors embedded inside the drug capsule that record data from the patient’s stomach after the drug is taken and send that information into the cloud through a patch before ultimately dissolving.

Pioneered by the Silicon Valley-based Proteus Digital Health (now part of Otsuka Pharmaceutical), the technology is still not widely embedded in drugs but the company has managed to raise millions to revolutionize medication adherence (though later it struggled to remain in business and was ultimately acquired by one of its investors – Otsuka).

Finally, a new kind of smart pharmacy has emerged on the Internet, trying to make managing multiple medications easier, and as a result – improve adherence.

One of them, PillPack, dubs itself a “full-service pharmacy that sorts your medication by the dose and delivers to your door.” The service, which was subsequently acquired by Amazon, also monitors and manages refills directly with the patient’s doctors.

Other similar services include Phil and Capsule.

In addition, it’s also worth mentioning medication management solutions that are used by hospitals and long-term care organizations. They too need something more modern, and one company helping them achieve their medication adherence goals is Talyst Systems. As of 2016, it has installed its automated solutions in more than 500 long-term care facilities, acute-care hospitals, healthcare systems and correctional institutions.